Truth: Experts estimate thirty minutes of sex burns 85 to 150 calories. Theoretically, you need to burn about 3,500 calories to lose a pound of body weight, so if you were using up 100 calories every time you had sex, you could lose one pound if you had sex 35 times. The problem is this: Most people are not having sex for thirty minutes. Instead, the average duration of sex is closer to five minutes. In fact, the biggest increase in your heart rate and blood pressure during sex only occurs for about fifteen seconds during orgasm, and then things quickly return back to normal. For some though increase in heart rate and blood pressure can be extended by maximising the delay of orgasm or by multiple times over a 4 hour window.

Truth: Men’s testosterone peaks at around age 18, but women’s estrogen levels peak in their mid-20s. Since low hormone levels have been associated with lower sexual drive, some have asserted that when your levels are at their highest, your drive must be at its peak. But if we believe frequency of sex to be the factor that matters most in sexual peak, then there’s no difference between men and women. Sexual desire constantly fluctuates, and is related to many more factors than age. Over the course of a lifetime, you will see your sexual desire and activity go up and down many, many times. So don’t worry if you don’t feel like it now you will sometime soon.

Myth 3: Sex can give you a heart attack

Truth: Having sex more often is connected to having a healthier heart. In one study, men who reported having sex twice a week or more had a lower risk of developing cardiovascular disease. The chance of having a heart attack while you are having sex is also very low. The Framingham Heart Study tells us that for men who do not have diabetes or smoke, the chance of having a heart attack during sex is one in a million! What if your heart has already had problems? The truth is that most people just do not exert themselves that much during sex! The physical exertion most people put in when having sex is similar to walking up two flights of stairs.

Myth 4: Don’t leave socks on when getting intimate

Truth: A sex study in the Netherlands did brain scans on men and women while their partners attempted to give them orgasms. Apparently, it was drafty in the scanning room, and a lot of study participants were complaining about having literal cold feet. When the participants were given socks to keep their feet warm, significantly more were able to have orgasms and some actually went on for a while having multiple orgasms without a problem.

Myth 5: Oysters and chocolate are turn-ons

Truth: No study has ever shown any sexually enhancing effect from oysters. They do contain a lot of zinc, which sperm need to be healthy, but otherwise, scientists have found no special ingredient to suggest it has any sexually enhancing effects. Several studies suggest that chocolate is tied to lower blood pressure and better functioning of blood vessels, which might keep the penis working well for erections. Chocolate can also stimulate a small release of mood-boosting phenylethylamine and serotonin into our systems, and people who are in better moods may want to have more sex! That said, if a food makes a person thinks about sex—whether because it resembles intimate anatomy, as oysters might, or even because the person believes it might be an aphrodisiac—then that food might become an aphrodisiac.

This theory has been debated for many years, with coaches often telling their athletes to abstain from sex before big games or competitions. According to CNN, the idea comes from Ancient Greece and traditional Chinese medicine, with the prevailing thought being that not having sex would help “increase frustration and aggression, and boost energy.” However, recent research suggests sex has little impact on athletic performance—and could actually have a positive effect instead. 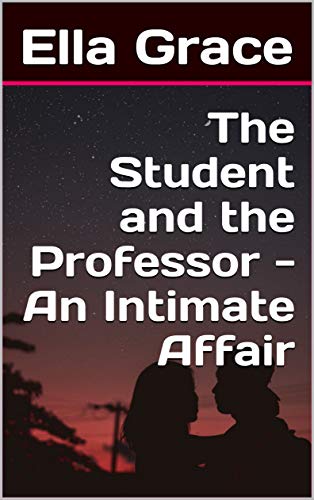 The Student and the Professor – An Intimate Affair

11 Things Highly Organized People Do on Their Smartphone

Work & Career Abbey SchubertJul 23 Take advantage of these neat tips and let your phone keep your life together. They master their to-do list iStock/DragonImages To-do lists are key to living an organized life, and having access to them wherever you go with a smartphone only makes them even more effective. Organizing expert Donna […]

How Many Carbs Should I Eat If I’m Trying To Lose Weight?

Question: What’s the first thing you think about ditching when you’re looking to lose weight? Carbs, right? I mean, the most popular diets out there right now — like Whole30, or the keto diet — focus on limiting carbohydrate intake, and they seem to yield pretty legit results. So it only makes sense that if […]