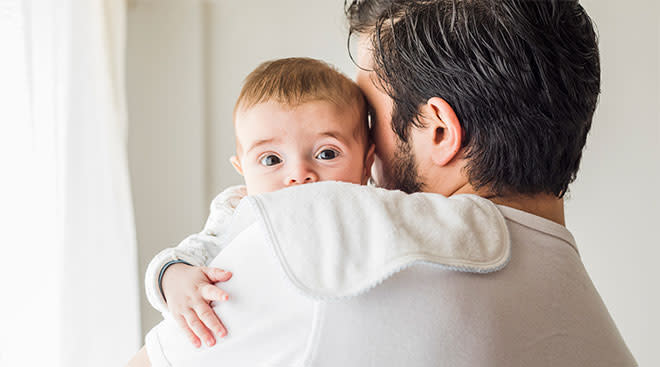 It’s hard to believe it’s been almost a year of living in a post-COVID-19 world. While it seems last spring many were joking the quarantine lifestyle would lead to a baby boom—and many celebrities have certainly grown their families!—a year later experts are saying it’s actually done the opposite.

According to a report from Brookings Institute, there will be around 300,000 fewer births this year as compared to 2020. “As of now, we stand by our prediction of a COVID baby bust of around 300,000 fewer births,” Melissa S. Kearney and Phillip B. Levine, the authors of the report stated. “But the longer the pandemic lasts, and the deeper the economic and social anxiety runs, it is feasible that we will see an even larger reduction in births with an increasing share of them averted permanently.”

Additional reports backup that theory. One survey conducted by the Guttmacher Institute found that, as a result of the pandemic, 34 percent of American women are delaying their plans to have kids or reducing the number of children they aim to have. Another analysis looked at the fertility plans of women in Europe and found that they too plan to wait to have kids or have fewer kids. A third survey from the Kinsey Institute found that close to 50 percent of adults surveyed reported a decline in their sex life, particularly for those with young kids or with school-age kids.

A study from IZA Institute of Labor Economics looked at searches for pregnancy-related terms and found a decline in searches for terms like “ClearBlue,” “ultrasound,” and “morning sickness.” According to the Brookings Institute, the study predicts a steeper decline in birth rates (around 15 percent) than their own report.

According to Bloomberg, the birth data from five states through December—Arizona, California, Florida, Hawaii and Ohio—does in fact show a decline in birth rates nine months following the official lockdown from COVID-19. The data shows that in December 2020 births fell 19 percent as compared to December 2019. It’s also important to note that the pandemic has caused considerable delays for those looking to fertility treatments, such as IVF, as well as those looking to adopt.

In 2020, birth rates hit their lowest in 35 years. While the final birth data has yet to come in, so far it seems the pandemic has indeed led to a decline in birth rates rather than a baby boom. Considering the anxiety, stress, juggle of multiple roles so many have dealt with during the pandemic and IVF treatment cancellations, this decline may not actually be all that surprising.

Google recently released its top trending searches of 2020, and now the tech giant is also coming out with its findings for the top 100 trending gifts of 2020 for categories including the chef, the athlete, the techie, the decorator, the wellness guru and kids! Still on the lookout for the perfect holiday present for […]

Target just announced its latest designer collaboration, and mamas-to-be, you’re in luck: It’s with Hatch Collection, the high-end maternity brand beloved by Meghan Markle, Katy Perry and other celebrities. And while a single clothing item at Hatch can sell for hundreds of dollars, everything in their Target collection costs less than $ 40. Just so […]

Morning sickness can be one of your first signs that you are pregnant. This doesn’t always mean that you’ll get sick only in the morning. This can happen, morning, noon or night. It will normally occur in the first trimester or your pregnancy and end by the second, this isn’t the case in all pregnancies […]