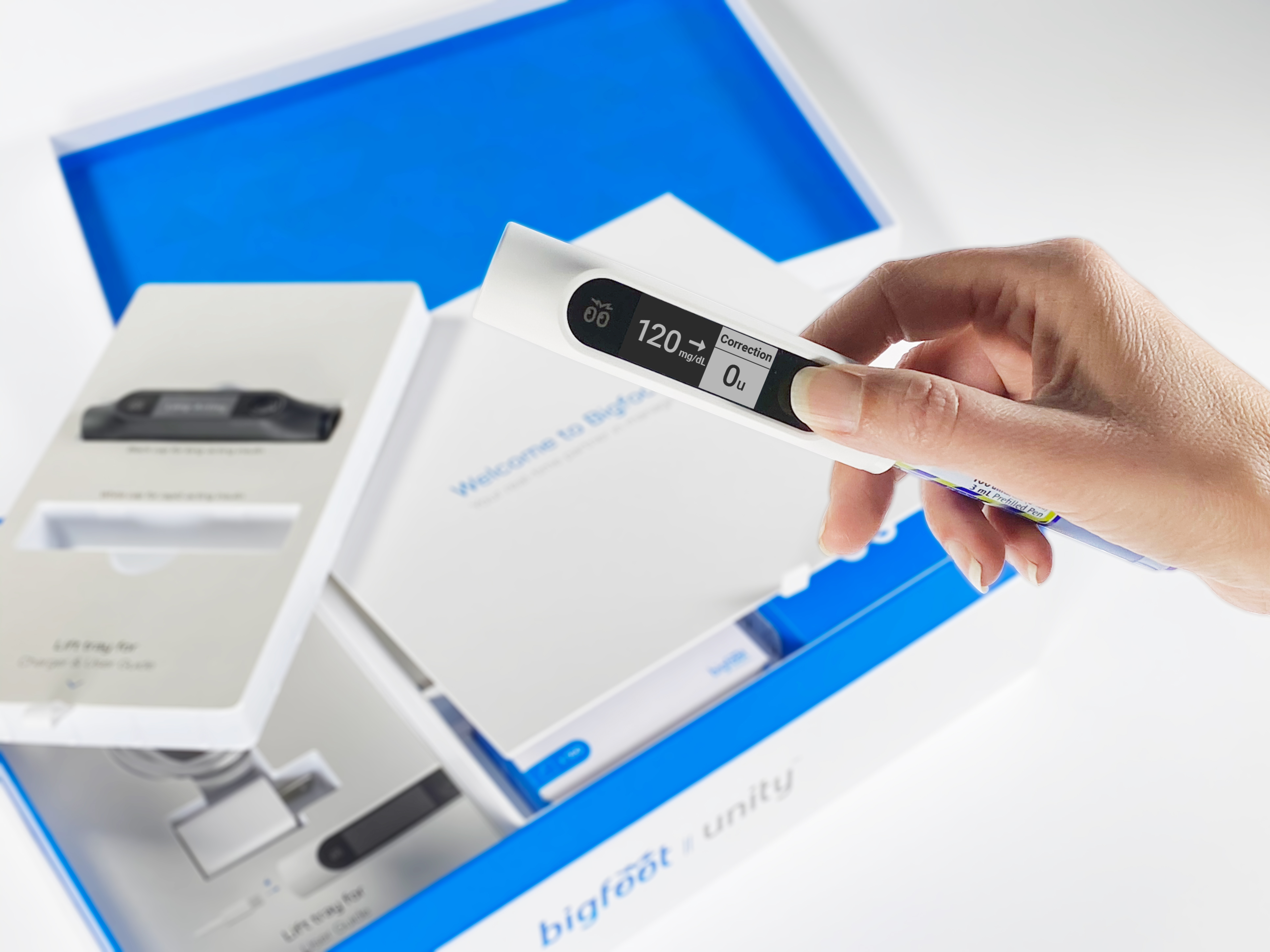 In a significant step forward, Bigfoot Biomedical got the greenlight from the Food and Drug Administration for its “smart” insulin pen cap, developed to be paired with a continuous glucose monitor.

It received 510(k) clearance for use among individuals ages 12 and up with Type 1 or Type 2 diabetes who use multiple-dose injection therapy.

Bigfoot submitted its application to the FDA last year, fresh off of $55 million in funding.

The Milpitas, Calif.-based startup was founded in 2014 by CEO Jeffrey Brewer, who previously led JDRF, and Executive Board Director Bryan Mazlish, who developed its algorithm for insulin delivery. Both are well familiar with the space —  they both have children diagnosed with Type 1 diabetes.

Their goal, Brewer told MedCity News in a previous interview, was to make calculating the right dose easier for people who rely on multiple insulin injections per day. This calculus can be complicated; it includes factoring in long-acting insulin from the morning, how many carbohydrates were eaten during a meal, and other factors.

“Diabetes management is incredibly hard because insulin has no fixed dose or timing, leaving individuals to constantly determine their doses and configure devices as they make multiple critical decisions every day about how much insulin to take,” he said in a news release.  “At Bigfoot, we want to ease the burden of diabetes for people taking insulin by minimizing the anxious guesswork involved with insulin dosing in a convenient, simple way.”

The device is designed to be paired with Abbott Laboratories’ FreeStyle Libre 2 connected glucose monitor. It uses that information to calculate the right dose, and displays it on an insulin pen cap, along with when the last dose was taken.

It can also send alerts, such as if someone missed their usual dose of long-acting insulin, or if their glucose value falls to very low levels, below 55 mg/dL.

The company also plans to offer its services to healthcare providers, starting with some diabetes clinics this spring. Bigfoot says its system automatically collects data to support remote monitoring by physicians.

That said, it’s not the only company working on a smart insulin pen. Medtronic launched its own smart insulin pen last fall after acquiring Companion Medical. Novo Nordisk and Eli Lilly are also working on integrating their own versions of the device with different diabetes management platforms.

The biggest biotech IPO of 2021 belongs to a cell therapy developer that has yet to reach the clinic. Cell therapy and artificial intelligence were hot categories of newly public companies, but even though IPOs reached record levels this year that streak is not expected to continue in 2022. admin See author's posts

Florida Republican Gov. Ron DeSantis on Monday went after The Associated Press for its story about his touting of a COVID-19 treatment that is linked to a major campaign donor. DeSantis ripped the article in a Fox News interview with Sean Hannity as “clearly a partisan hit piece,” and an example of AP “trying to create a […]

Getty Images There is no evidence the AstraZeneca Covid vaccine causes blood clots, the UK’s medicines regulator says after a “thorough and careful review”. The MHRA says people can have confidence in the vaccine’s benefits and should get immunised when invited, despite some countries suspending use. But anyone with a headache lasting more than four […]