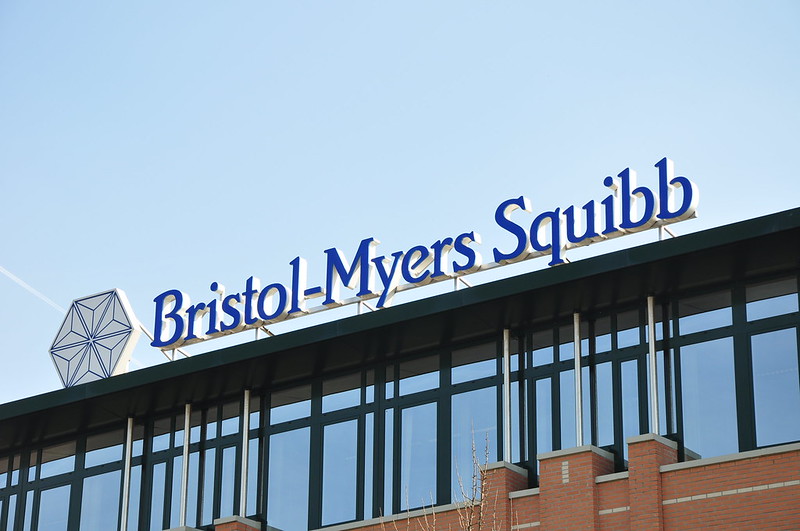 Bristol Myers Squibb’s cancer drug pipeline includes various immuno-oncology programs, including one that addresses TIGIT, a protein that’s become a hot target for the field. But the pharmaceutical giant sees promise in a preclinical TIGIT-targeting antibody from Agenus, and it has agreed to pay $200 million up front to acquire global rights to that asset.

According to terms of the agreement announced Tuesday, BMS will become responsible for further development of the drug, AGEN1777. If it’s approved, BMS will also handle commercialization. Lexington, Massachusetts-based Agenus could earn up to $1.36 billion in milestone payments, plus royalties from sales. According to Agenus, the deal is the largest one struck for a preclinical asset in about three years.

By acquiring the Agenus drug, BMS adds to its pipeline another approach to blocking checkpoint proteins. Found on immune cells, these proteins stop the immune cell from targeting tumors, providing one of the ways that cancers escape detection by the immune system. Drugs that block these proteins free immune cells to recognize and target tumors. The first wave of immunotherapies included drugs, such as BMS’s Opdivo, that block the checkpoint protein PD-1. But that approach doesn’t always work, and TIGIT has become another promising target as drug hunters seek to expand the reach of checkpoint inhibition.

In preclinical research, Agenus said AGEN1777 showed potential in tumor models where a PD-1 inhibitor or an anti-TIGIT antibody alone were ineffective. The Agenus drug is a bispecific antibody that binds to two targets, TIGIT, and a second one that the company has not disclosed. The company says this bispecific antibody is engineered to have an enhanced affinity for binding to Fc receptors of cells. Binding to these receptors activates the immune system.

Agenus said that its molecule is designed for improved activation of T cells and natural killer cells. While the company believes the drug has the potential to be used as a monotherapy, as well as part of a combination treatment, executives aren’t revealing additional details.

“We haven’t disclosed the other arm of the bispecific, so hence we have to be careful not to release too much in terms of what we think the bispecific does in this context, because we don’t want others to be able to guess what that additional arm is,” Agenus CEO Garo Armen said, speaking on a conference call.

It’s rare, though not unprecedented, for big pharma companies to strike large deals for preclinical assets. Usually, companies wait to see human data before putting up a large sum of cash. But the bidding for AGEN1777 was a competitive process involving “several major biopharma companies,” Armen said. He added BMS stood out as the suitor best positioned to develop the drug.

Opdivo is the anchor of BMS’s cancer immunotherapy portfolio. The New York-based pharma giant has also advanced to human testing with a TIGIT-blocking drug, BMS-986207. That molecule is a monoclonal antibody.

In grabbing rights to Agenus’s TIGIT blocker, BMS gets another shot at blocking TIGIT , and potentially a better one. Armen said that the company has data showing that its bispecific antibody is superior, by itself and in combination with other therapies, to other TIGIT-targeting molecules that have been studied in preclinical research. Speaking on the conference call, Agenus Chief Operating Officer Jennifer Buell described AGEN1777 as unique and differentiated.

“It provides what we believe to be the potential for a superior blockade of tumor escape,” she said. “And Bristol is very well positioned to create value given the complementarity of molecules in their portfolio.”

Other companies chasing TIGIT with antibody drug candidates include Roche, Merck, iTeos Therapeutics, Seattle Genetics, and Arcus Biosciences. Agenus is readying AGNEN1777 for an investigational new drug application later in the current quarter. When BMS gets the program, it plans to develop it for “high priority tumor indications,” such as non-small cell lung cancer.

Though the deal will put AGEN1777’s future in BMS’s hands, Agenus could still play a role in its development. The biotech keeps options to conduct clinical studies, as well as combination studies with unspecified assets in its pipeline. If the drug reaches the market, the biotech also has the option to co-promote it in the U.S.

In the near term, the BMS deal will infuse Agenus with cash for its wholly owned programs, including AGEN1181. Agenus designed that antibody to block a protein called CTLA-4 and has advanced it to mid-stage testing. Armen said that the company plans to advance clinical development of that molecule for applications in indications such as colon cancer, where patients have been unresponsive to other immunotherapies.

Scientists marked the 1970s and 1990s as two distinct “AI winters,” when sunny forecasts for artificial intelligence yielded to gloomy pessimism as projects failed to live up to the hype. IBM sold its AI-based Watson Health to a private equity firm earlier this year for what analysts describe as salvage value. Could this transaction signal […]

In a span of two days, the heads of two of the most prominent health systems in the country have announced their retirement. Dr. Stephen Klasko, president of Thomas Jefferson University and CEO of Jefferson Health, and Lloyd Dean, CEO of CommonSpirit Health, will be stepping down within the coming year. Klasko, who has led […]

President Donald Trump busted his boastful exaggeration record Saturday when he claimed he likely saved “billions” of lives with his measures against COVID-19. The entire population of the U.S. is just 330 million. Trump claimed Monday he saved “tens of thousands” or possibly “hundreds of thousands” of lives because in late January he restricted foreign nationals […]