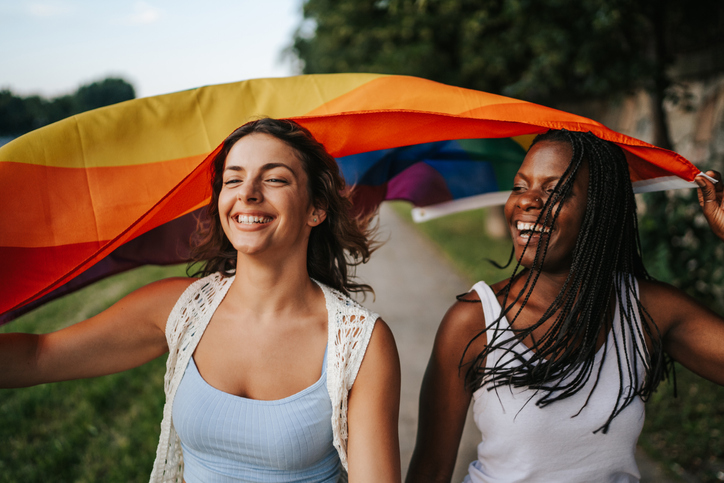 A new survey showed the pandemic’s devastating effect, and the life-saving importance of have access to spaces that affirm people’s sexual orientation and gender identity. The survey, conducted by the Trevor Project between October and December, included responses from nearly 35,000 LGBTQ youth ages 13-24.

But creating affirming spaces and respecting people’s pronouns made a big difference. Transgender and nonbinary youth who said their pronouns were respected by the people they lived with attempted suicide at half the rate of those whose pronouns weren’t respected.

“That’s a pretty powerful finding,” said Amy Green, vice president of research for the Trevor Project, in an interview. “While the overall numbers, the ones that show this is a serious concern are important… it’s also important that we show a way out of this.”

Unfortunately, just one in three respondents said everyone they lived with respects their pronouns, while about half of people said no one in their house did.

The  vast majority of LGBTQ youth said the pandemic had made their living situation more stressful, and nearly 60% of transgender and nonbinary youth said it had impacted their ability to express their gender identity.

Gaps in access to care
The survey also highlighted the gaps in care between youth who said they wanted mental healthcare, and those who were actually able to access it.

More than 70% of respondents said their mental health was poor during the pandemic. About half of them said they wanted to seek help from a mental health professional, but were unable to get it. Black, Asian and Latinx youth were also less likely to access care than white LGBTQ youth.

Some of those barriers included concerns about cost, being able to find a provider that would understand their LGBTQ identity, and even just navigating the complexities of getting care.

“For youth to be able to figure out and understand the process of finding a therapist, figuring out how to work with insurance, dealing with a waitlist… figuring out how to even start asking questions or to be able to have the language to use to tell someone you’re struggling and need help, those are all barriers that allow for these mental health disparities to continue,” Green said.

Going forward, as Covid-19 vaccines become available to more kids, and as people begin to gather again, Green is thinking about ways to create affirming spaces for LGBTQ youth. Schools and online spaces served a critical role for many during the pandemic, with nearly 70% of youth saying they had access to online spaces that affirmed their identity.

Next year, Green said she sees a big role for schools, not just in building out their mental health services, but also in creating environments that are safe and accepting.

“As we come out of this pandemic and our networks expand, thinking about [youth] not just having to go online… but having more folks in their day-to-day life that are affirming and accepting, and what each of us can do to reach out to LGBTQ youth to let them know that they are accepted and valued just how they are,” she said.

If you or someone you know needs help, call 1-800-273-8255 for the National Suicide Prevention Lifeline.

Direct-to-consumer glucose monitoring and testing company BioCoach secured $4 million in seed funding last week from SecretLab LLC founder Jason Bright. The Minneapolis-based company will use the seed funding to scale its new digital health platform to address diabetes and prediabetes. 1 in 3 Americans is prediabetic, according to the CDC. That pans out to […]

The NHS has been told to stop using pagers for communications by 2021, in order to save money. The health service still uses about 130,000 pagers, which is about 10% of the total left in use globally. They cost the NHS about £6.6m a year, because only one service provider supports them. Health Secretary Matt […]

Parents defied a county health department’s orders and sent their COVID-infected child to school last month, triggering an outbreak among the students, officials reported. Seven other students at Neil Cummins Elementary School in Marin County, California, subsequently tested positive for COVID-19 and 75 students had to quarantine, which meant they could not travel or visit […]