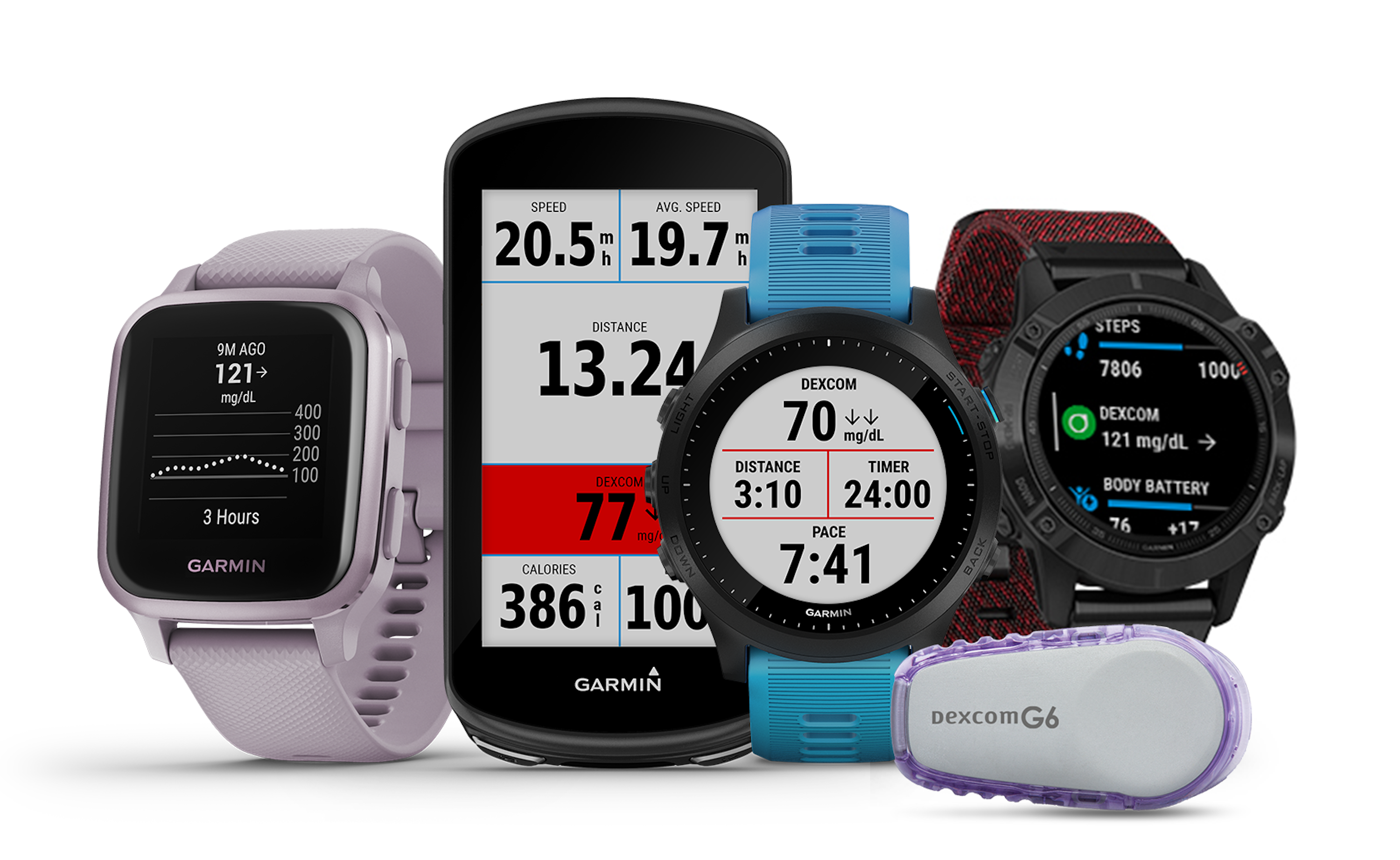 Garmin is one of the first companies to integrate with Dexcom’s G6 CGM data after its real-time APIs were cleared by the FDA. Photo Credit: Dexcom

After getting the green light from the FDA this summer to let third parties access its CGM data, Dexcom is bringing on its first partner. The company announced an API integration with Garmin, which makes a wide range of wearables, including several smartwatches designed for serious athletes.

This is helpful as exercise can affect blood sugar levels, making it important to check them before and after working out.

“Users can not only see which way their glucose levels are trending without having to take their phone out, but can even do so while working out, when glucose levels have the potential to fluctuate quickly,” Dan Bartel, Garmin’s vice president of worldwide sales, said in a news release.

Currently, Dexcom’s G6 CGM is FDA cleared for real-time API integrations. The company is working on the newest rendition of its CGM, the G7. Earlier this year, it submitted an application for a CE Mark in Europe and began gathering data from a pivotal study in the U.S., Dexcom COO Quentin Blackford said in a July earnings call.

As for other planned API integrations, Dexcom didn’t disclose any additional partners. However, when the company first got FDA clearance, it announced both Garmin and Livongo as early partners. Dexcom had been working closely with Livongo since early 2020, when the companies struck a partnership to integrate data from Dexcom’s CGM with Livongo’s platform for diabetes management.

Farmworkers are calling on Congress to pass basic safety standards to protect them from extreme heat after a heat wave in the Pacific Northwest killed hundreds of people, including an undocumented worker in Oregon.   “Farmworkers are imperiled by a perfect storm of deadly plagues: Extreme summer temperatures fueled by climate change… field workers disproportionately afflicted […]

Media playback is unsupported on your device Wuhan, a Chinese city of nearly nine million people, is to temporarily shut public transport as it tries to halt the outbreak of a new strain of virus. Those living in the city have been advised not to leave, in a week when millions of Chinese are travelling […]

A UK patient’s HIV has become “undetectable” following a stem cell transplant – in only the second case of its kind, doctors report in Nature. The London patient, who was being treated for cancer, has now been in remission for 18 months and is no longer taking HIV drugs. The researchers say it’s too early […]