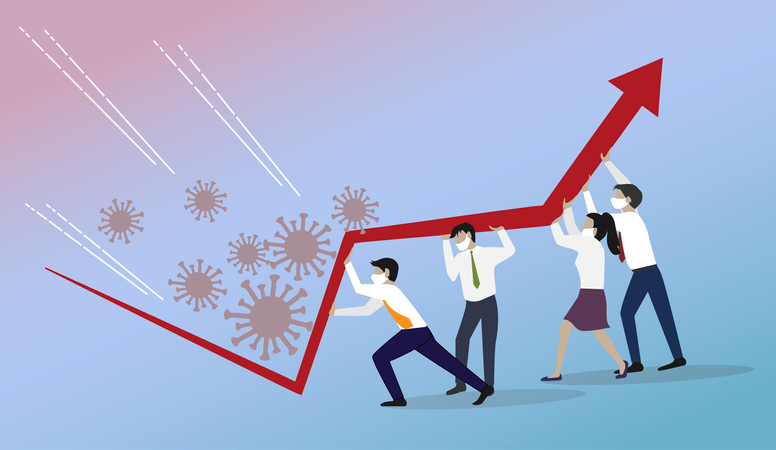 Despite a long and difficult year, most digital health companies painted a rosy picture going into 2021. The majority said their business prospects and the investment climate had improved since the start of the pandemic, according to a survey of leaders from 180 digital health companies conducted between November and March by Catalyst @ Health 2.0.

Many of the respondents were relatively small companies; about half had fewer than 20 employees. The vast majority were selling software products, though a little over half were also selling services. Their customers largely included providers and health plans.

About a third of the companies reported having no revenue, and a fifth brought in less than $500,000 in revenue in 2019. In spite of this, they were bullish about their prospects for 2021.

Part of that optimistic attitude might be chalked up to the changes digital health companies experienced last year. As health systems rushed to roll out telehealth programs, and health plans adopted more digital health solutions, many startups reported a revenue boost.

A significant number of respondents — 41% —  said last year’s revenue surpassed their expectations. By contrast, about a quarter of companies said had they brought in less than planned in 2020.

Despite companies’ overall seemingly positive attitudes, one factor might put a damper on their plans: longer sales cycles. About 44% of all companies reported sales cycles had increased since the start of the pandemic, while 30% reported no change.

“I was a little surprised that given sales cycles were in general longer, that everyone was so optimistic and felt they had done so much better than planned,” Matthew Holt, chairman of Catalyst @ Health 2.0, wrote in an email.

And while digital health funding shattered records in the last year —  if the multiple recent $100-million–and-up funding rounds haven’t already made it clear —  not all startups have benefited equally. Of the 62% of respondents who said the investment climate had improved in the last year, later-stage companies were more likely to report favorable conditions.

Several leaders of smaller startups reported challenges with firms doubling down on existing portfolio companies, perhaps to ensure their survival through the pandemic, rather than making new investments. In other cases, they faced the challenge of not raising more than needed in a market where valuations are soaring.

“It’s a Catch-22. More interest, but they want to write larger cheques than we need,” one startup wrote.

A 184-hospital system and American technology giant are joining forces to advance data analytics and support clinical decision-making. Nashville, Tennessee-based HCA Healthcare announced Wednesday that it is entering into a multi-year partnership with Google Cloud. Together, the organizations will create a data analytics platform for the health system and new workflow tools to support both […]

Remote Patient Monitoring: Coming of age in an AI-driven world

Remote patient monitoring (RPM) is quickly establishing itself as one of the most effective tools for chronic disease management. RPM is the collection and transmission of patient health data to providers via connected devices outside of a conventional care setting. These monitoring devices record vital information, such as blood pressure, heart rate, or oxygen levels, […]

The Appointments Even Healthy People Should Make Once A Year

As we move closer to the end of the year, it’s a good time to reflect on your health over the past 12 months. And part of this involves checking to see if you’ve had all your yearly doctor appointments. Staying healthy is just as much about prevention as it is about treatment, and one […]