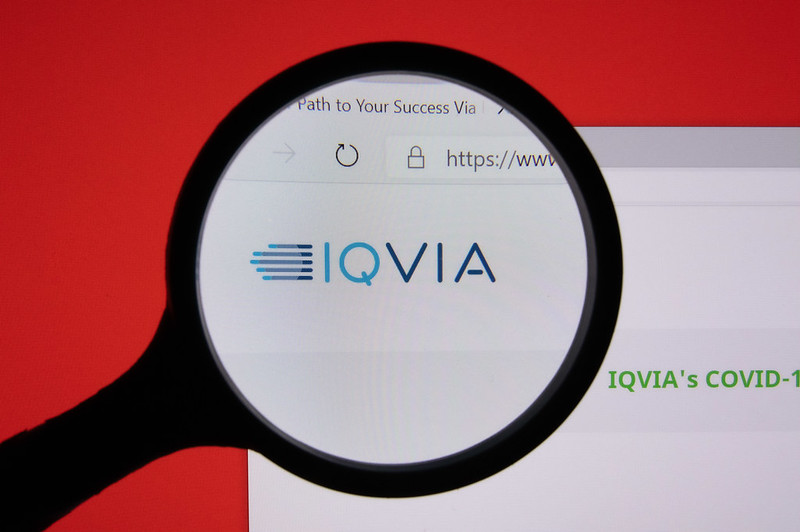 IQVIA, one of the largest providers of contract services to biopharmaceutical companies, is building up its growing laboratory business by acquiring a competing division of Myriad Genetics. That division, called Myriad RBM, is slated to become part of IQVIA’s Q2 Solutions.

When the deal was announced Monday, financial terms were not disclosed. In a securities filing, Salt Lake City-based Myriad said the purchase price is $198 million cash. The deal comes as Myriad sells off smaller pieces of itself as part of a restructuring effort. Meanwhile, IQVIA, which has headquarters in Durham, North Carolina and Danbury, Connecticut, has been making moves to strengthen its Q2 unit.

Myriad RBM provides contract research services for the pharmaceutical industry, including screening clinical samples, diseased and non-diseased, against the company’s menu of biomarkers. The division was formed through the $80 million acquisition of privately held Rules Based Medicine in 2011. That Austin, Texas-based company provided biomarker testing services for those working in preclinical and clinical research, as well as to physicians.

Rules Based Medicine became a Myriad subsidiary, operating under the name Myriad RBM. At the time of the deal, it brought to Myriad collaborations with more than 20 pharmaceutical and biotechnology companies, contributing to the parent’s companion diagnostics business, the company said in its securities filings. Through Myriad RBM, the parent company provided biomarker discovery and companion diagnostic services to pharma and biotech companies, work that put it in competition against contract research organizations and academic laboratories.

Late last year, Myriad revealed plans to seek buyers for several of the company’s divisions, including Myriad RBM, as part of a new growth strategy. Earlier this month, Myriad announced a deal to sell its Vectra test business to LabCorp for $150 million. Vectra is a rheumatoid arthritis blood test that rheumatologists use to better understand the disease. That deal followed the announcement that Castle Biosciences agreed to pay $32.5 million for the Myriad unit that offers the myPath melanoma test.

“The divestiture of Myriad RBM, along with other announced divestitures, allows us to accelerate the execution of our transformation plan and focus on advancing our core businesses in women’s health, oncology and mental health,” Paul Diaz, president and CEO of Myriad, said in a prepared statement.

The Myriad RBM acquisition marks the second deal that IQVIA has struck in as many months for its Q2 unit. In April, the company acquired Quest Diagnostics’ minority stake in Q2. Since 2015, Quest and IQVIA operated Q2 as a joint venture. Q2 pooled the laboratory services the two companies provided to pharmaceutical companies, such as collecting samples from clinical trial sites and analyzing specimens.

Ownership of Q2 was split 60% to IQVIA and 40% to Quest. Last month, IQVIA paid Quest $760 million for its partner’s stake in the joint venture. The deal included a multi-year agreement making Quest the preferred laboratory testing provider for services that are not already offered by Q2.

Myriad and IQVIA expect the sale of Myriad RBM to close in the third quarter of this year.

A drug that Bristol Myers Squibb is developing for use across a wide range of autoimmune diseases has failed a mid-stage clinical trial in ulcerative colitis, dimming its prospects in that indication. But another study of the drug, deucravacitinib, is continuing at a higher dose in ulcerative colitis patients, and the company is also evaluating […]

Media playback is unsupported on your device Campaigners say it is time to find out the truth about the contaminated blood scandal that left nearly 3,000 people dead, as the public inquiry begins. The inquiry is looking at how thousands of NHS patients were given blood products infected with hepatitis and HIV during the 1970s […]

Stephanie Lopez US doctors say a young boy called Easton has made medical history by becoming the first person in the world to receive a combined heart and thymus transplant. The pioneering procedure was done to save his life, but could also revolutionise the field of organ transplantation, they hope. The donated thymus tissue should […]