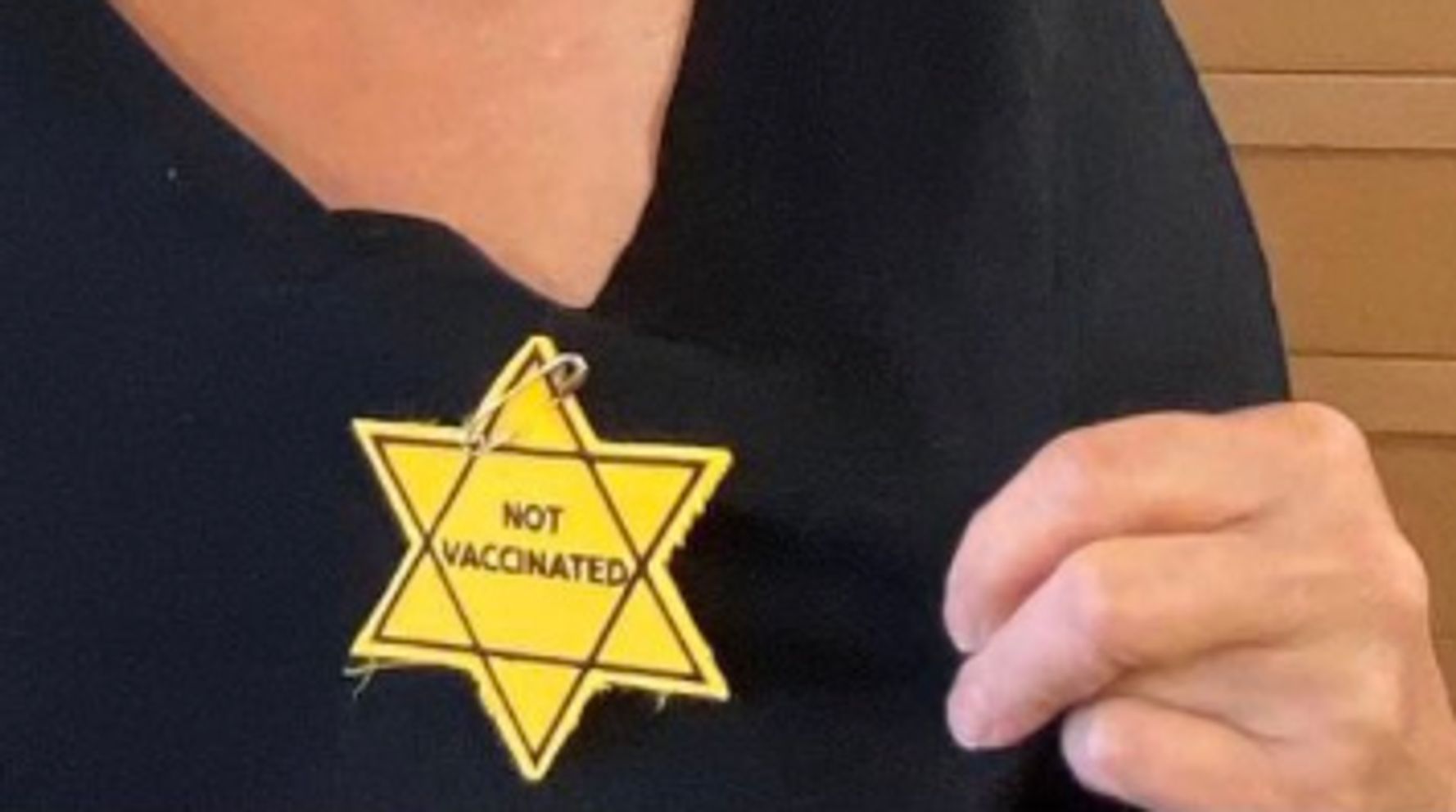 A hat shop in Nashville on Saturday apologized for “insensitivity” after facing backlash for selling merchandise that many have described as anti-Semitic.

The company, hatWRKS, posted the apology to its Instagram page Saturday night following a protest outside the store earlier in the day over the store’s decision to sell Star of David patches bearing the words “NOT VACCINATED.”

During the Holocaust, Nazis forced Jewish people in Europe to wear Star of David patches to publicly identify them as a means of persecution.

“in NO WAY did i intend to trivialize the Star of David or disrespect what happened to millions of people,” hatWRKS said in its statement Saturday. “that is not who i am & what i stand for. … i sincerely apologize for any insensitivity.”

Uproar over the patches began Thursday after the shop posted a photo to Instagram of store owner Gigi Gaskins wearing one of them.

“patches are here!!” stated the caption of the photo, which has since been removed. “they turned out great. $5ea … we’ll be offering trucker caps soon.”

Dozens of community members protested outside the shop on Saturday, with some holding signs that read “No Nazis In Nashville” and “Sell Hats Not Hate.”

Also on Saturday, Western apparel maker Stetson announced that it would no longer sell its products to hatWRKS. Goorin Bros., a hat company that sells to hatWRKS, said it was “horrified” by the patches and was “looking at all options to fix and address this unfortunate circumstance.”

Screenshot of a now-removed post from hatWRKS Nashville. Store owner (pictured) didn’t want to talk, and told us to leave her property. We’re talking to synagogue leaders tonight on FOX17 News at 9. pic.twitter.com/Di79WwB9mq

Gaskins initially pushed back on the fierce condemnation she received in response to the patches. The store posted statements to Instagram on Friday that defended the merchandise and compared the U.S. government’s push to get people vaccinated against COVID-19 to “fascism.”

“you cannot enter private businesses unless you show your papers,” the store wrote in an Instagram post Saturday, appearing to attack the potential development and implementation of vaccine passports for Americans traveling internationally. There have been few if any reports of private businesses and other entities requiring patrons to show their COVID-19 vaccine cards for entry.

“at the least, all unvaccinated people will be segregated from society, marked & must wear a mask,” the store wrote. “what comes next? … there is a historical parallel to fascism to be drawn. we can only fight back to not relive history.”

Public health experts say widespread vaccinations offer the strongest protection against COVID-19 and the best promise for a return to normalcy.

After issuing the apology Saturday, Gaskins on Sunday appeared to lash out at the negative comments she’s received over the patches.

“i was willing to put my business on the line to stand up for the freedoms that we still have in our country,” stated a post Sunday on the store’s Instagram page. “what i didn’t expect was being accused of the very thing i was fighting against.”

“was the use of a yellow star an insensitivity?” the post continued. “obviously so to many, but does it make me an anti-semite nazi? NO, NO IT DOESN’T.”

In a statement Friday, the Anti-Defamation League said it was “absolutely disgusted” by hatWRKS’ anti-Semitic “hatred.”

“This level of disrespect to the memory of 6 million Jews who were murdered is horrifying,” the organization tweeted.

“Marjorie is wrong, and her intentional decision to compare the horrors of the Holocaust with wearing masks is appalling,” McCarthy said in a statement. “The Holocaust is the greatest atrocity committed in history. The fact that this needs to be stated today is deeply troubling.”

Bursts of high intensity interval training (Hiit) may be more effective for weight loss than longer less intense workouts, a study suggests. The research, published in the British Journal of Sports Medicine, analysed results from 36 earlier studies. Although all the participants lost weight, those doing Hiit saw a 28.5% greater weight loss. The researchers […]

Sigilon Therapeutics’ first human test of its experimental hemophilia A cell therapy has hit a stumbling block, with the FDA placing a clinical hold on the study after a patient developed a complication. It’s still not known whether the serious adverse event is related to the therapy, SIG-001. Enrollment in the Phase 1/2 study has […]

4 Devious Ways States Chipped Away At Abortion Rights In 2018

Every year, anti-abortion legislators and legislatures chip away at reproductive rights, and 2018 brought a wave of extreme restrictions from lawmakers determined to topple Roe v. Wade. This year, as of Dec. 11, 22 abortion restrictions were passed nationwide — a number that will likely edge up to 24 by the time 2019 begins. On […]