Meghan Markle and Prince Harry have welcomed their second child together!

The Duke and Duchess of Sussex announced the arrival of their daughter, Lilibet “Lili” Diana Mountbatten-Windsor, on Sunday.

Lili was born on Friday, June 4, in Santa Barbara, California, weighing 7 pounds 11 ounces, according to a statement released by the couple. “Both mother and child are healthy and well, and settling in at home,” the statement read.

Needless to say, the couple, who are already parents to 2-year-old son Archie Harrison, are thrilled about their family’s newest addition.

“On June 4th, we were blessed with the arrival of our daughter, Lili,” the couple shared on their website. “She is more than we could have ever imagined, and we remain grateful for the love and prayers we’ve felt from across the globe. Thank you for your continued kindness and support during this very special time for our family.”

Where does the name Lilibet come from?

The new baby’s first name, Lilibet, is a nod to Her Majesty the Queen, “whose family nickname is Lilibet,” the statement explains, while her middle name, Diana, pays tribute to the late Princess of Wales.

The Duke and Duchess of Cambridge also honored the Queen and Princess Diana when they named their daughter, Princess Charlotte, whose middle names are Elizabeth and Diana.

Is Lilibet short for Elizabeth?

Lilibet is the nickname of Queen Elizabeth, reportedly stemming from her childhood when she wasn’t able to pronounce “Elizabeth.” The sweet moniker was officially documented in a letter that the Queen wrote to her grandmother, Queen Mary, as a child, signing it as “Lilibet.”

Lilibet has Hebrew origins and means “pledged to God,” according to Nameberry. Lilibet is a unique name that has not yet appeared on the Social Security Administration‘s (SSA) list of top baby names for girls in the U.S. 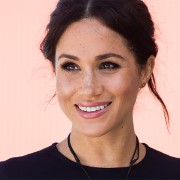 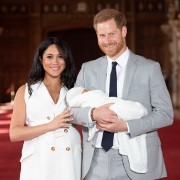 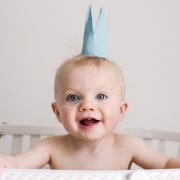 Similar names, such as Elizabeth and Lily, however, are more popular, ranking as the 16th and 35th most popular girl names last year, respectively. (We’d bet Lilibet and Lili’s popularity skyrockets soon, though!)

Lilibet is pronounced “lily” and “bet,” giving emphasis to the second “li.”

Congratulations to the happy couple (and big brother Archie!).

At long last, adults aren’t the only ones in the room who can get immunized against COVID-19.  Adolescents ages 12 to 17 are now eligible to receive the Pfizer-BioNTech COVID-19 vaccine, and younger kids are soon likely to follow, pending the results of current clinical trials. Children ages 2 to 11 could be eligible for […]

There are many places to find baby name ideas: classic literature, reliable name books, your favorite movie, What to Expect (of course!) — you name it. But one source of name inspiration you might not have considered? Super Bowl LV. Whether you’re a parent-to-be or just like to keep a shortlist of names for the […]

Shenae Grimes-Beech on Combating the Pressures of ‘Perfect Motherhood’

Shenae Grimes Beech knows how to juggle. Okay not really, but she does know how to keep a lot of balls in the air. The actress, best known for her role as Annie Wilson on 90210, a spin off of the classic tv hit, Beverly Hills 90210, has a website, a YouTube channel and she […]