If you’re considering eating your baby’s placenta, a new paper from the Centers for Disease Control and Prevention (CDC)’s weekly health bulletin, may give you pause — or at least reason to be extra cautious.

What the paper discussed

The paper, written by a team of infectious disease doctors, was a case study following one new mom and her baby. The mom received the standard group b strep (GBS) test, given to all women at 37 weeks of pregnancy, which came back negative. GBS is a common bacteria found in the vaginas of up to one in three healthy women. While the bacteria doesn’t cause symptoms in moms, left untreated it can be transmitted to babies at birth, which, in relatively rare cases, can lead to serious illness (like bone infections and meningitis). That’s why all women are tested for GBS at the end of pregnancy; those who receive positive results receive a course of antibiotics that protects baby from infection.

Soon after this mom gave birth, however, her baby went into respiratory distress — and the doctors soon discovered it was because she did, indeed, have GBS. They treated both mom and baby with antibiotics. When the infection cleared up, they were released from the hospital. In theory, the GBS should have been taken care of after the course of antibiotics mom and baby were given after birth at the hospital.

Meanwhile, the mom had sent her baby’s placenta to a private facility to be treated and turned into placenta capsules. About three days after birth, she received and began taking the supplements. Two days later, her baby started acting irritable, so she took him back to the emergency room. Her pediatrician and other doctors were not aware that she had been taking the placenta pills; it took three days for them to discover that her baby had become sick again from GBS bacteria. He was given another round of antibiotics, and the infection was finally cleared. 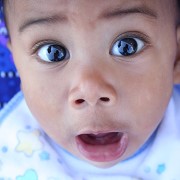 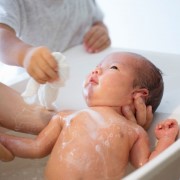 Should You Try a Newborn “Swaddle Bath” for Your Fussy Bather? 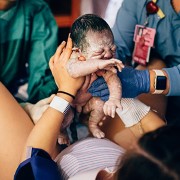 What Is a Lotus Birth and Is It Safe?

Should You Try a Newborn “Swaddle Bath” for Your Fussy Bather?

What Is a Lotus Birth and Is It Safe?

The placenta pills she was taking were tested, and it was found they were indeed contaminated with GBS bacteria.

What the authors concluded

The authors aren’t sure exactly how the baby was re-infected, but they believe it was due to the placenta pills. When the mom’s placenta passed through her birth canal, like her baby, it was exposed to GBS bacteria. The facility that produced the pills writes on their website that the placenta is then “cleaned, sliced, and dehydrated at 115°F–160°F (46°C–71°C)…ground and placed into about 115 to 200 gelatin capsules, and stored at room temperature.” The paper’s authors, however, note that in order to kill off potential bacteria, the placenta would need to be heated at 130°F (54°C) for 121 minutes. They speculate it’s possible that the placenta may not have been heated at high enough temperatures for enough time to completely rid it of the GBS bacteria.

The authors suspect the infected placenta pills consequently may have re-grown the bacteria in the mom’s intestine and on her skin. During breastfeeding and other day-to-day contact, she would have transferred the GBS back to her baby.

As of now, the authors note, there are no standards for processing placenta for consumption. While facilities test moms for preexisting infections (HIV, hepatitis, herpes, chlamydia, syphilis and Lyme disease) before birth, this company, at least, does not look into infections that could occur during or after birth. And while these companies follow safety precautions to eliminate bacteria, these may or may not be sufficient to knock out all potential bad bugs.

“These companies may hold to internal standards, but there’s no formal state or federal FDA (Food and Drug Administration) regulations because it’s not a drug that’s regulated,” says Genevieve Buser, M.D., an infectious disease physician at Providence Medical Group and lead author of the paper. She notes that every company may have its own preparation methods — and some may be have more stringent practices than others for taking care of bacteria.

The authors note that there are other ways the baby could have been re-infected with GBS. For example, it’s possible that some GBS bacteria could have lingered on the baby’s skin even after the first course of post-birth IV antibiotics, which then multiplied and made the baby sick again.

What this means for you

It’s true that your placenta — which provided your baby with all the vitamins, minerals and nutrients he needed in utero — is loaded with iron, vitamins B6 and B12, and estrogen and progesterone. Fans of eating placenta say it may even protect against postpartum depression (PPD). But the fact is, no studies prove that the practice offers any benefits, and this paper suggests that there may be health and safety drawbacks.

“The placenta is a tissue, and it’s not sterile. So it has a potential to grow and proliferate bacteria which could be potentially dangerous to the mom and infant,” Buser says. She notes that in addition to GBS, other bacteria can potentially infect placenta pills, like e-coli — a common cause of neonatal sepsis (a blood infection at birth).

So what about taking your placenta home and cooking it up yourself instead? Your hospital or birthing center may or may not allow you to do so — and even if it does, it’s essential to talk to your health care practitioner to ensure you take all necessary precautions before and during preparation. “Just like you’re careful with the meat you buy, realize that this is a tissue — and you need to store and cook it accordingly,” says Buser.

Ultimately, Buser says that the goal in publishing this paper was to inform moms and health care providers about the risk of illness from taking placenta pills. “We’re not speaking out against all placenta pill ingestion,” she says. “We’re just saying with the way placenta is treated, there’s a known risk.”

10 Amazing Facts About Your Placenta

When you think about working parents, moms’ rights probably come to mind first — after all, it is Mom who gets pregnant. But dads are a key part of the conversation. With 61.1 percent of married parents both working these days, couples increasingly share child care responsibilities. That means that guaranteeing family leave and ensuring […]

Navigating the world of raising a kid for the first time is all at once magical and crazy challenging. From trying to figure out how to soothe your little one when they’re crying to properly packing your diaper bag so it doesn’t explode, you want to identify the fastest and easiest ways to get your […]

“What toys would you suggest buying for a 1-year-old? Christmas is coming up, and my daughter’s birthday is 10 days after, but there are so many options that I feel overwhelmed. Please help!” ~ Cheryl M ‘Tis the season to be jolly — and the reason to be shopping, too, especially for your little girl. […]