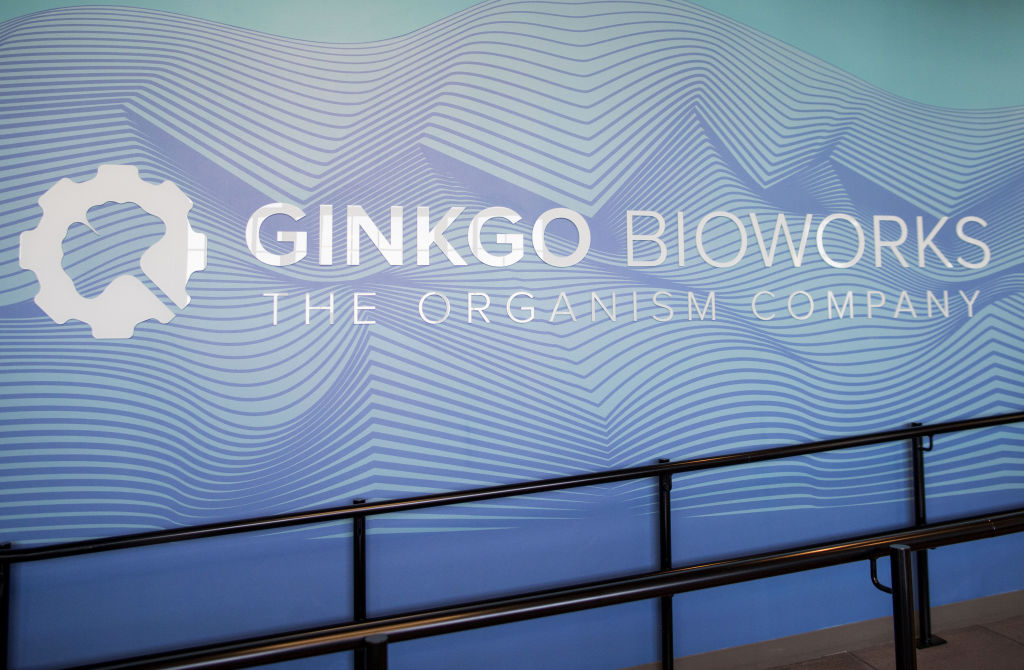 Ginkgo Bioworks, a synthetic biology company with technology that programs cells in the same way that coders program computers, is going public in a merger deal that values the firm at $15 billion.

Boston-based Ginkgo announced Tuesday that it is combining with Soaring Eagle Acquisition Corp, a special purpose acquisition company (SPAC). The hefty valuation that the deal attaches to Ginkgo reflects the growing demand for bioengineered products and the biotech’s place in that market as a provider of cell engineering technology. The company has demonstrated the utility of its platform in numerous sectors, including the pharmaceutical industry, and it has a growing list of paying customers.

Synthetic biology involves applying engineering principles to biology. Ginkgo, which launched in 2008, employs robotic automation, software, and data analytics to engineer cells with particular functions. Ginkgo does not use its technology to make products that it sells. It programs cells that are used by its customers, who in turn develop their own new products.

“The magic of biology is that cells run on digital code similar to a computer, except that instead of 0s and 1s it’s As, Ts, Cs, and Gs,” Jason Kelly, Ginkgo’s CEO and co-founder said in a prepared statement. “Ginkgo’s platform makes it easier to program this code, and we are making this platform available to organizations working to solve our most pressing problems.”

You may have encountered Ginkgo’s handiwork without realizing it. In 2015, the company’s first customers were in consumer-facing industries. Ginkgo engineered bacteria that produced chemicals used in flavors and fragrances. From there, Ginkgo expanded the application of its technology to industrial chemicals. The company’s first foray into biotech was in agriculture, under a 2017 joint venture with Bayer focused on engineering microbes that can produce nitrogen, a key crop input. Food and nutrition followed in 2018, as Ginkgo expanded its reach by using its technology to make proteins used in meat and milk alternatives.

Ginkgo added pharmaceuticals and biotechnology to its portfolio in 2019. Biotech companies using the Ginkgo platform include Roche, Moderna, and Synlogic. The company counts 13 pharma and biotech programs in applications that include microbiome therapies, biologics and gene therapy, antibiotics and active pharmaceutical ingredients, and Covid vaccines and drugs. The uses of Ginkgo’s technology include making raw material used in mRNA vaccines.

The cell engineering work happens at a Ginkgo facility it calls The Foundry. Data from the experiments conducted in The Foundry are housed in Codebase, a data collection  that includes unique gene sequences pulled from all public databases and 440 million proprietary gene sequences Ginkgo has acquired. Data from an experiment in one program can be used to inform and improve upon another one. In one example cited in an investor presentation, Ginkgo said that the same yeast used to generate food proteins can also be used in the making of personal care products, such as collagen, elastin, and keratin.

Ginkgo brings in revenue from upfront payments made by companies using the firm’s technology platform. Longer term, the company will receive additional revenue via the structure of these deals, which give it equity in its partners or royalties that are paid as partnered programs are completed and commercialized. According to the investor presentation, the current equity value of the 34 “major programs” covered under partnerships is more than $500 million. As the business grows, so too do research and development expenses. Ginkgo reported spending $159.8 million on R&D last year, a nearly 66% increase over 2019.

In 2020, Ginkgo reported a net loss of $126.7 million on revenue of $76.7 million. That revenue figure was a 41% increase over the prior year, and the company is projecting rapid growth in the years to come. Ginkgo added 17 new programs last year, according to the investor presentation. In 2021, the company estimates that its platform will add 23 new programs. As various industries ramp up their spending on cell engineering, Ginkgo says its share of that work will escalate rapidly, and the company projects it will add 508 new programs in 2025.

Citing industry sources, Gingko said companies spend about $40 billion annually on biotech R&D work that could be supported by the biotech’s platform. Ginkgo also cited a recent McKinsey Global Institute report that pegged the overall market for bioengineered products that Ginkgo could tap into could reach $2 trillion to $4 trillion in the next 10 to 20 years. That growing market has spurred other synthetic biology companies to ramp steer a course to the public markets. Late last month, Zymergen raised $500 million in its IPO. The Emeryville, California-based biotech harnesses the biological properties of cells to produce biomolecules in a “biofacturing” process that makes ingredients used in a variety of industries.

Ginkgo’s merger deal will infuse it with about $2.5 billion, comprised of more than $1.75 billion in Soaring Eagle’s cash holdings along with $775 million in financing that will come from investors that have agreed to purchase stock in the combined company at $10 per share. The merger is co-sponsored by Eagle Equity Partners and Bellco Capital, which is led by Arie Belldegrun, the founder of Kite Pharma and Allogene Therapeutics. Both Eagle Equity and Bellco are investing in Ginkgo’s private placement, which will be led by Baillie Gifford, Putnam Investments, and funds and accounts managed by Counterpoint Global. Other new and earlier investors will also participate, including accounts advised by ARK Investment Management, ArrowMark Partners, Bain Capital Public Equity, Berkshire Partners, Cascade Investment, Casdin Capital, Franklin Advisers, funds and accounts advised by T. Rowe Price Associates, and Viking Global Investors.

The combined company is keeping the Ginkgo name and will be led by Kelly, along with co-founder and President Reshma Shetty. They will retain the rest of Ginkgo’s founding team. The boards of directors of Ginkgo and Soaring Eagle have approved the merger. The deal still needs approval from the stockholders of both firms. The companies expect to close the transaction in the third quarter of this year.

There Might Be A Cheaper Drug, But Pharmacists Can’t Tell You That

By Elaine S. Povich A few months ago, Rhode Island state Rep. Brian Kennedy had a mild sinus infection, for which he was prescribed an antibiotic. That would be unremarkable, except for what happened next. Kennedy had a friend behind the pharmacy counter where he went to fill the prescription. The pharmacist-friend said he would […]

David M’zee can walk again thanks to a new spinal cord implant technology, according to findings published in the science journal “Nature.” M’zee lost the use of his legs due to a sporting accident but thanks to researchers at the Swiss Federal Institute of Technology in Lausanne, Switzerland, he can reportedly walk more than a half […]

MedCity Pivot Podcast: How a female biotech CEO is developing a novel therapy while committing to a diverse workforce

It’s a busy time at Avidity Biosciences. The La Jolla, California company, which went public during Covid last year, is gearing up to begin a Phase 1/2 clinical trial by the end of 2021 to test its novel antibody oligonucleotide conjugate that can treat myotonic dystrophy, a rare muscle genetic disorder. Myotonic dystrophy currently has […]