This eclectic supermarket’s prices are great… but how are its salaries? 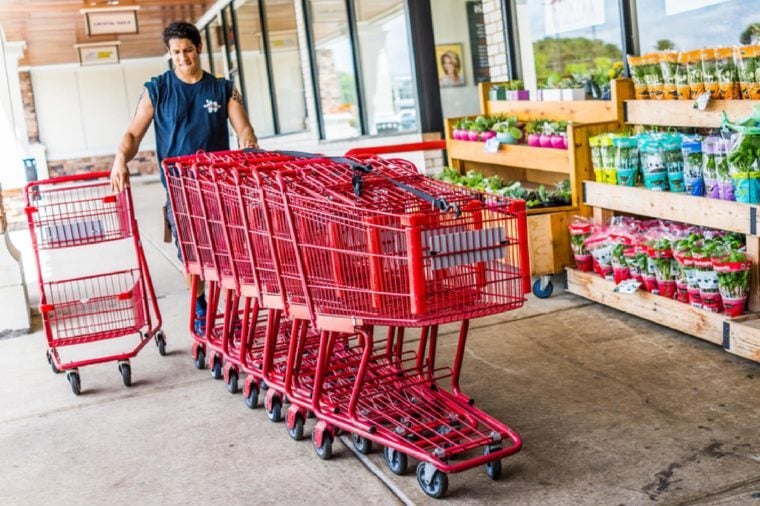 Kristi Blokhin/ShutterstockTrader Joe’s has quite a reputation to uphold. Its devoted following of shoppers can’t get enough of its tasty original products and affordable prices. And its employees seem happy too… but is it really as great a place to work as the store atmosphere would have you think?

Well, first of all, you technically won’t find any “employees” stocking shelves at Trader Joe’s. If you’re hired by Trader Joe’s, you become a “Crew Member.” The TJ’s team is ubiquitously referred to as the “Crew,” in hopes of fostering a sense of teamwork and community. As for how much they make, Glassdoor reports that Crew Members make an average of $ 14 an hour, even ones who work part-time. With the national earnings average for grocery store clerks falling at around $ 9.99 per hour, Trader Joe’s is definitely ahead in that regard. TJ’s employees are also eligible for a 7-10 percent raise every year, and for a 401k plan if they work for more than 30 hours a week for three months. Learn the other secrets Trader Joe’s employees wish they could tell you.

But the positive atmosphere of working there extends beyond the monetary. Since 2010, Trader Joe’s has made Glassdoor’s list of Top 100 Best Places to Work five separate times, landing at #70 in 2018. Employee reviews on Glassdoor claim that the bosses and managers truly care about them, that their coworkers have a positive outlook and seem happy to be there, and that the benefits are great. One former employee even claims that, while retail jobs are notorious for being unpleasant, “Trader Joe’s makes it actually fun and bearable.” It probably doesn’t hurt that employees get to taste test new products, either! Next, learn the foods nutritionists always buy at Trader Joe’s.

10 Things You Need to Buy After Getting Engaged

An engagement is a sign of commitment to another person. It’s a way to take your relationship to the next level before marriage. It’s also the start of your wedding planning season, which is filled with what seems like an endless amount of post-engagement ring purchases.  While some Pinterest boards and online guides can make…

The post 10 Things You Need to Buy After Getting Engaged appeared first on The Fashionable Housewife.

This Is the Right Temperature for Perfect Whipped Egg Whites

Use This Handy Guide To Portion Sizes To Lose Weight

It is a truth universally acknowledged, that a single man or woman in possession of a bag of pasta will pour too much of it in the saucepan and end up with a huge portion of it at dinner time. Pasta is just one of the foods we all tend to overeat. Meat and cheese […]