Anyone who’s ever tried to bathe a newborn knows it’s not always as easy as it seems. Until you get the hang of it, baby’s first few baths can be stressful — both for a newborn (who is used to the cozy comfort of Mom’s womb) and a parent (who has to get a slippery, crying baby clean). But a Colorado hospital has found a solution that they say helps keep the tiniest infants calm and relaxed for their very first bath: immersive swaddle baths.

At Poudre Valley Hospital in Fort Collins, Colorado, parents of newborns are offered the option of a swaddle bath instead of a traditional naked sponge bath once their baby is 24 hours old. The concept combines baths with swaddling, which newborns find soothing since it reminds them of the tight confines of the womb. Baby is loosely wrapped in a dry hospital swaddle blanket, then immersed in a warm infant tub up to his shoulders. His arms and legs are individually unwrapped and scrubbed, then placed back in the swaddle position before moving on. For baby’s torso, the bath-giver can gently turn the newborn onto his side and either wash under the blanket with a washcloth or massage the blanket from the outside.

The practice was first put in place at the hospital this May by Edna Sailer, a registered nurse for 38 years, the past 19 at Poudre Valley Hospital. In January 2016, she began teaching the method at a university in Denver, Colorado. As she dived into the research and saw the many potential benefits, she proposed bringing the practice to her hospital in March 2016. Most families, Sailer says, loved it, so they rolled it out facility-wide two months later.

“We found that babies’ temperatures were better stabilized and they were less likely to cry,” she says. “Parents were much more engaged and satisfied with the process.” 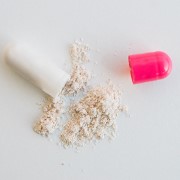 Eating Your Placenta May Harm Your Baby, CDC Says 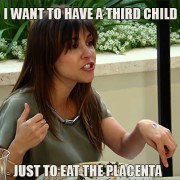 Here’s What the Latest Research Says About Eating Your Placenta 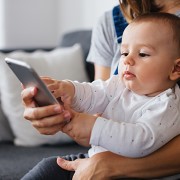 Eating Your Placenta May Harm Your Baby, CDC Says

Here’s What the Latest Research Says About Eating Your Placenta

To test her observations, Sailer ran a mini “study” at Poudre Valley before and after starting the program. She found that of 15 babies given a traditional sponge bath, 93 percent cried, versus 38 percent of the 21 babies who received a swaddle immersion bath — similar findings to other official published studies she read. It’s worked so well that UCHealth, the parent company of Poudre Valley Hospital, now plans to implement the practice at one more of their facilities, the UCHealth Medical Center of the Rockies.

Pediatrician James J. Cummings, M.D., Chairperson of the American Academy of Pediatrics’ Committee on Fetus and Newborn, says he’s seen swaddle baths in other hospital newborn nurseries (although not yet NICUs). “I would not be surprised to learn that practice is becoming more common,” he says.

Sailer says that they have found that babies who receive swaddle baths have less variability in temperature — important to keep their glucose and energy levels stabilized. Because swaddling baths can help reduce a newborn’s stress and increase comfort, they may also boost your confidence and sense of control as a parent. “A baby that is happy sends the message that the parent is doing the right thing,” says Cummings.

The main risk with swaddling baths is the same as with any bath: temperature control. Babies can easily become over- or under-heated, says Cummings, so it’s important to make sure the water is between 100 to 103 degrees F and bathing lasts no more than seven to eight minutes, with baby quickly toweled down after. And, of course, a baby should never be left alone, even for a second, in or around sitting water.

If you want to try swaddling baths at home, your hospital may be able to show you how. Otherwise, check with your pediatrician. “I suggest that a newborn’s first baths be a three-person affair — the baby, the person providing the bathing and someone to supervise and help if necessary. Once the parent becomes comfortable and confident with the process, then it’s time to [go] solo!” says Cummings.

The good news is, many babies take relatively well to all kinds of baths, including sponge baths, from the get-go. And even those who don’t at first usually get used to the whole bath thing pretty fast and soon dig it (what’s not to love about soothing, warm water?).

Sailer also stresses that sponge baths don’t hurt babies — they simply may not benefit them as much as swaddle baths do. Plus, swaddle baths are a great way for the entire family to bond — especially if you’re breastfeeding, since it gives your partner an opportunity to be in a “supportive role caring for the baby,” Sailer says.

Why More and More Hospitals Are Delaying Baby’s First Bath

Why Are Gentle C-Sections the Newest Trend in Birth Options?

What Your Postpartum Belly May Look and Feel Like After Birth

Watching your belly grow throughout pregnancy is pretty mesmerizing. It’s amazing what the body does in order to accommodate a growing baby. But at some point during those 40+ weeks, the wonderment of it all begins to wane, and you just want to have that baby in your arms—and your tummy back to its normal […]

After giving birth, your body is going to need some serious TLC. There’s a list of postpartum essentials that are key to easing your recovery—but instead of dropping a dozen individual items into your cart, grab the Frida Mom postpartum recovery kit and call it a day. This kit made major waves when it was […]

Reader’s Favorites are among the best-selling items featured on The Bump. Each Favorite has been vetted by our editors and is a top-purchased product as readers browse our articles. The best maternity bras offer ample support, a flawless fit and easy nursing access for when baby arrives—and the 24/7 Classic Nursing Bra by ThirdLove checks […]