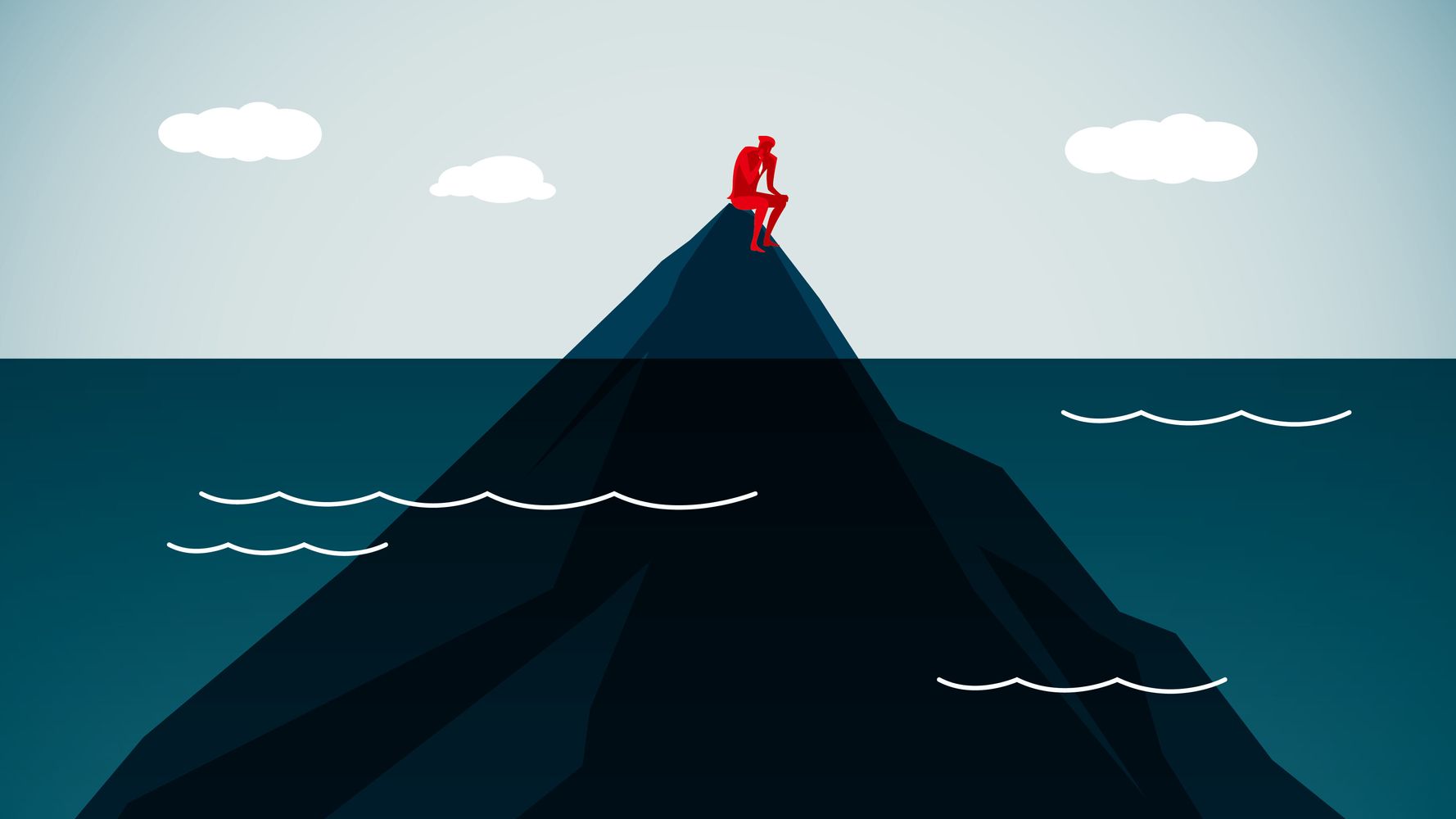 News keeps filtering through the bubble I’ve set up for myself — I cannot help it; I check social media anyway. I see that a father and son have died from COVID-19, just hours apart. I pause a Zoom writing conference because a message has come through on my phone: The prime minister has declared a state of emergency.

Later that evening, I hear the news from some friends. Someone we know just died. I smile at the conference’s eager attendees, even though my hands are shaking.

I live in Trinidad and Tobago, a Caribbean nation whose money comes from reserves of oil and gas. My home is on an even smaller island, estimated by one guide to be about 300 acres, off the coast of Trinidad.

I’ve been extremely privileged. I’ve only had to leave the island for groceries. I work from home as a freelancer and moved here when the lease was up on my studio apartment on the mainland, coincidentally just before quarantine.

Before I moved back to Trinidad and Tobago, my home country, I lived in Los Angeles. Now I live with my mother and my stepfather in a little community of about 50 people or so, in a country-ish fashion that involves waking up to my mother arguing with a rogue band of chickens.

I keep in touch with my L.A. friends through Instagram and FaceTime. At the beginning of the year, the Los Angeles Times called L.A. County “a national epicenter of COVID.” On Jan. 5, it reported an average of 183 COVID-19 deaths each day — “one every eight minutes.”

COVID-19 cases in California have since sharply declined. On a recent day, the numbers had dropped to only four cases per 100,000 people.

I’ve been watching as my friends wander through the lush gardens of the Huntington in Pasadena, or tell me that they’re enjoying a drink at a beer garden. There are other friends too, elsewhere in the U.S., fully vaccinated and free, the sun out and shining through their sparkling mimosas.

Something about this feels like a reckoning, but not one that Trinidad and Tobago deserves — not completely. Early on in the pandemic, we were a model of public health. Last May, we were ranked by researchers at Oxford University’s Blavatnik School of Government as the country best suited to roll back lockdown measures.

Our government was swift and decisive in its anti-coronavirus actions. More than a year ago, it implemented an international border closure that still has not been lifted. It was revealed that a parallel health care system had been established so that COVID-positive patients would not affect other sick people.

Mask-wearing was made mandatory, even in private vehicles occupied by more than one person. At first these measures felt unnecessarily strict, but then they became habitual. My father kept extra masks in the car sealed in a plastic bag.

At the beginning, I felt safer that the borders were closed, even though Trinidad remained open for Venezuelan refugees. l wondered what it meant, that we could be kept safe while others were still trying to get in — nationals and non-nationals alike.

But the proof of the effectiveness of these measures was in the numbers, which rose in the months leading up to the holidays but generally remained low. I remember going to a small outdoor jazz concert last July during a brief period when restrictions were lifted, sitting while socially distanced, thinking that each of the singer’s blue notes offered both a connection to the past and to the future.

This month, Trinidad’s numbers jumped so significantly that our prime minister implemented a state of emergency last weekend. We are not allowed on the streets from 9 p.m. to 5 a.m. Our gathering is restricted. Nonessential businesses are closed.

Our cases had jumped from five cases a day on March 1 to 442 cases a day as of May 17. It didn’t come as a surprise, not really. When numbers were low, folks were lax. I was, too.

I’d sometimes forget to wear my mask when I’d speak to neighbors. Sometimes, in that orderly, Trinidadian way, it would feel shameful to put one on, as though you assumed that they were dirty.

I’d go to family gatherings and feel uncomfortable with the number of people who were there. I’d drive down the Avenue, Port-of-Spain’s main entertainment stretch, and see people in bars drinking, even though it wasn’t allowed. I’d see my friends on Facebook pointing digital fingers, blaming these people for the mess we were in.

But I was always conflicted. We had been so good for so very, very long. There were no mass protests, like in the U.S., claiming that mask-wearing was infringing upon our rights. We had contributed to those low numbers, we and our government, which had acted so swiftly — our Black leadership even lobbied the World Health Organization for vaccine equity, against wealthier countries hoarding the shots.

But now, dozens of people are dying every day. Families are losing loved ones in pairs. Our health care system has been so critically challenged that the U.S. had to donate field hospitals (tents, essentially) to house the sick — just as we saw a year ago in other countries, when we were fine and the world was not.

On national television, our minister of health claimed to have cried when he witnessed folks still congregating, despite the warnings and the regulations. We have gone back in time. What have we done?

People (including myself) have attributed the spike to ordinary citizens congregating over the Easter weekend; the lack of a government-led communications campaign; lax rules in business places; police not enforcing regulations; and letting our guard down, even as in other countries were experiencing a second (or third) wave. We have among the highest rates of case increases month-over-month, keeping company with places like India and Suriname.

I can’t help but wonder about this irony, that our early action may have caused this insatiable need to touch, to congregate, to feel.

In a way I was proud of us, even though I despised that our border closure had been at the real expense of others. That we, our small, majority Black and brown nation, had been forefront at something wealthier countries were still figuring out. But now we are back to square one, and with issues of negotiating with wealthier countries for vaccines to boot.

I cry for my friends who have been out of work for more than a year now due to our entertainment industry’s shutdown; for the people playing music to living rooms of no one; for the people who cannot maintain stable jobs at restaurants that continuously face closure; for the refugees in Trinidad who can be easily fired, easily replaced. I am tired of it all.

I have been trying to help people with groceries that can be delivered. I have been sitting and staring into space. I have considered reaching out to friends, and then I have decided not to reach out to friends.

I have considered trying to wake up early, like my mother, to argue with the chickens. Maybe they will have something to say that will make it all make sense.

Do you have a compelling personal story you’d like to see published on HuffPost? Find out what we’re looking for here and send us a pitch!

Why You Need a Portable Tire Inflator This Summer

Every year, 612 deaths or more occur due to blown tires while driving. This problem is something that can happen at any time. However, burst tires are probably more common in the summer due to expanding air and more extensive driving. Thankfully, portable tire inflation tools can help with this situation and make your driving…

The post Why You Need a Portable Tire Inflator This Summer appeared first on The Fashionable Housewife.

Flume looks to shake up health benefits in a fragmented ecosystem

As a plethora of startups, from Accolade to Grand Rounds, look to build a new “front door” for how people access their health benefits, Cedric Kovacs-Johnson is wondering: who is managing the back end?  His startup, Flume Health, is looking to take on that task by providing a modern alternative to third-party administrators that process […]